The Worst, Funniest, and Most Common Bad Passengers I’ve Encountered 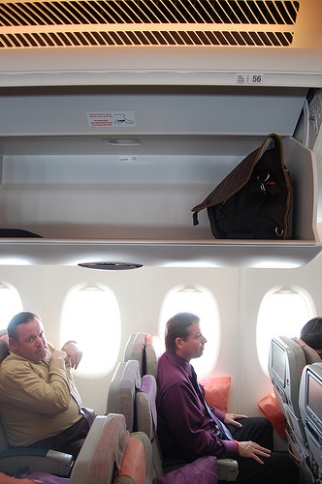 From time to time I get asked questions about bad passengers. I thought I’d share a few of them here.

I’ve caught passengers taking other people’s luggage out of the bin to make room for their own bags. I’m not joking. They’ll pull out a bag, drop it on the floor and walk away leaving it in the middle of the aisle for the passengers behind them to crawl over. Have you ever tried stepping over a 21-inch Rollaboard? Not easy. Happened three times last month!

Recently a woman tried to stow her suitcase in that, oh, what do you call that spot? Crevice? Crack? Between the overhead bin and the ceiling? There’s like a millimeter of space there! I don’t care which airline you’re traveling on, that’s not going to fit. Then there are the recliners and the anti-recliners. One anti-recliner got upset at a recliner because she couldn’t get her tray table down. I suggested if maybe she removed the gigantic fanny pack from around her waist it might go down. She looked at me like I was the crazy one! One man actually called me over because the passenger in front of him had reclined his seat. I had to point out that, uh … his seat was reclined too!

Leave a Reply to Barry in La Jolla Cancel reply