Welcome to the Club Nobody Wants to Join 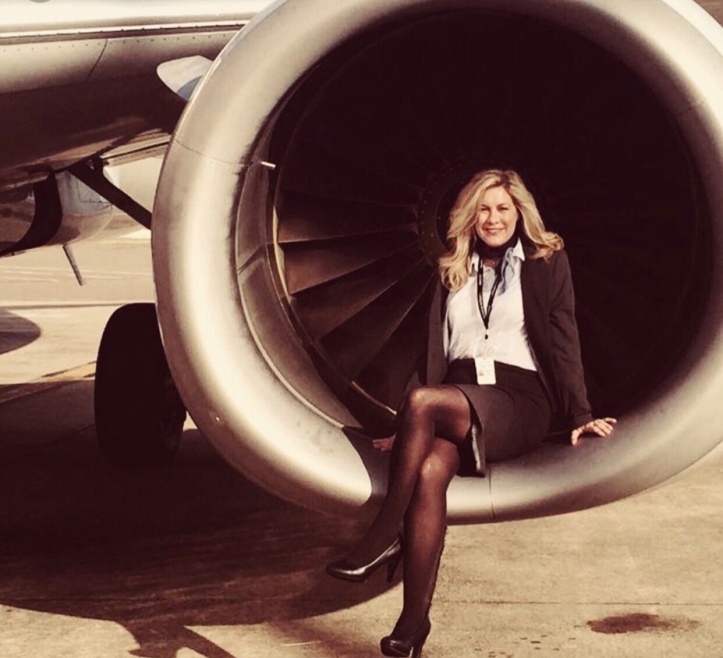 Welcome to the club nobody wants to be a part of. That’s how we greet newbies who join our support group for American Airlines employees who’ve had reactions to toxic chemicals in the new uniform. As of Jan. 1, 2018, there are 9,688 members in our private Facebook group.

What’s going on? Let’s start with a few important facts.

The assumption of safety that most of us live under is a false one.

The garment industry is unregulated. Dyes, formaldehyde and pesticides are just some of the toxic substances found in RETAIL clothing. What makes a uniform different from retail clothing are the chemicals that are added to treat the fabric to make it more durable. These same chemicals also make a uniform look good. For example, formaldehyde is not only a preservative, it also makes clothing wrinkle-free. Likewise, stain- and water-repellants make the uniform easier to clean. A company saves a lot of money if they don’t have to replace the uniform as often due to food stains and every-day wear.

Think about it this way, if removing a single olive from each flight saved American Airlines $40,000 a year —which it did— imagine what American could save if it didn’t have to replace uniform pieces for 60,000 employees at the company’s expense.

American claims it spent a million dollars to test the uniform…to prove it’s safe. (Not to get to the bottom of what’s wrong.)

How can something that tested safe make people sick? Let’s take a look at the test.

Basically, it’s a best-guess test. This explains why two unions (AFA and APFA) tested the same uniform and ended up with two different lists of chemicals.

When it comes to testing clothing, you have to know what to test for in order to find it — to see if it’s there and it’s safe. For instance, you won’t find Cadmium, a heavy metal that causes flu like symptoms, unless a lab knows to test for it. This explains why American Airlines didn’t find Cadmium but the Association of Professional Flight Attendants union did.

This also explains why the Association of Flight Attendants (which represents regional airline flight attendants) found chlordane, a pesticide once used to control termites, a pesticide that’s been banned by the EPA since the early 80’s.

It’s important to note that testing is expensive. According to APFA, it costs approximately $8,000 to test a uniform piece. Our uniform jacket is two pieces because of the lining, which means it costs $16,000 to test a blazer. Mistakes are costly. Also, American didn’t test the chemicals found in the uniform in an aircraft environment. They didn’t test the chemicals on humans.

They did make a show of letting flight attendants and pilots wear-test the uniform for a few weeks before the uniform rolled out to the rest of the work force. During the wear-testing phase both pilots and flight attendants reported reactions. American ignored these reports, and continue to emphasize how much they spent to prove it’s safe.

American claims known carcinogens found in the uniform pieces are at safe levels. Is there such a thing as a safe carcinogen? Depends on who you ask.

It’s even more worrisome when you factor in the hours we wear all the layers of so-called safe levels of known carcinogens in a single day (10-plus) with the number of days we work every month (15 plus). Now factor in the number of years we wear a uniform. Testing doesn’t take into account cumulative effects over time.

It’s even more frightening when you factor in our work environment: A confined space with recycled air. We’re rubbing up against 4-to-10 other uniformed crew members who are also wearing layers of the same so-called safe carcinogen for 10 hours a day, 15 days a month.

A synergistic effect is when chemical substances interact, resulting in an overall effect that is greater than the sum of individual effects of any of them.For instance, bleach is safe, ammonia is safe, but mix the two together and they are far from safe. Testing didn’t take the synergist effects into account.

“Sensitizers” can cause severe skin and/or respiratory responses in a “sensitized” worker after exposure to a very small amount of the material. “Sensitization” develops over time. When a worker is first exposed to a sensitizer, there may be no obvious reaction.

The words “sensitizer” and “sensitive” sound a lot alike, but make no mistake, they have totally different meanings. To be clear, we were sensitized by known sensitizers found in the uniform. We aren’t sensitive to safe products. We’ve been sensitized to unsafe levels of toxic chemicals.

I don’t know anyone who was sensitive to our old uniform. Most of us wore it for 20 years and can still wear it today. We aren’t allergic to wool, as the uniform manufacturer, Twin Hill, and American like to suggest. It doesn’t matter what fabric American Airlines chooses to use as long as it’s been treated with the same mix of chemicals that make it more durable so that it lasts longer and saves the company money. This explains why the wool, non-wool, and the cotton versions of the Twin Hill uniform didn’t solve the problem.

A person has reached their “toxic threshold” when they have an allergic reaction to a chemical. The “threshold level of toxicity” marks the lowest concentration or dosage of a substance that consistently results in symptoms of toxicity. This is why some people can wear the uniform for a short time without a reaction, but then out of nowhere the uniform becomes an issue. It takes some people a little longer to hit their toxic threshold.

You’ve hit your “toxic threshold” when you have your first reaction. It could be a cough or a rash or your TSH (thyroid stimulating hormone) climbing outside the normal range. It might not seem all that bad at first. Keep in mind you don’t get to keep having the same first-time reaction. It will get worse as you continue to be exposed to harmful chemicals.

The only way to stop a chemical reaction is to avoid the chemical. In our case that means the uniform. Unless American recalls the new uniform, our numbers will increase, and those of us who are sick will continue to get worse. Wearing the old uniform or a fake uniform doesn’t solve the problem. Chemical inhalation is also happening. It doesn’t matter if I’m wearing an old uniform or a fake uniform when my coworkers continue to wear the toxic uniform. Proximity reactions are real.

When you begin to experience reactions to things that never bothered you before, things you never had an issue with in your everyday life away from work, you’ll know you’ve developed MCS. Multiple Chemical Sensitivity. It’s also known as EI (environmental illness) and TILT.

UPDATE: January 5, 2018 Harvard published a paper linking exposure to chemicals in textiles to health effects among flight crew. Their study focused on Alaska Airlines. Alaska Airlines flight Attendants were issued Twin Hill uniforms in 2011. 800 health complaint reports were made between 2011 and 2014. Please read it. CLICK HERE