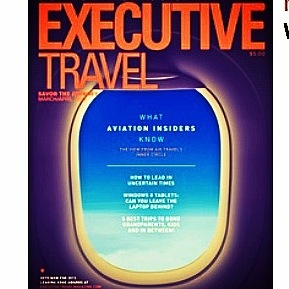 This article was originally published in Executive Travel Magazine

This flight attendant and author shares her perspectives about change up in the air, and ways savvy passengers can make the best of it.

“Flying today is like being on an episode of Survivor,” says Heather Poole. “Only the strong survive.” As a veteran flight attendant at a major U.S. airline (the name of which she declines to disclose), Poole should know. Over the past 15 years, she has witnessed the industry’s rapid evolution from pre-9/11 to the present.

Six years ago, in July 2007, Poole opened a WordPress account and set out to chronicle her life in the sky. When you Google her blog a disclaimer of sorts appears: “Another Flight Attendant Writing About Flying.” But Poole’s candid observations, infused with a brand of black humor that only those tasked with servicing fickle customers with a smile can properly lay claim to, have won so many loyal fans that to call Poole just another flight attendant fails to paint the full picture.

Thanks to her book, Cruising Attitude, published in 2012 by William Morrow, Poole appears frequently on TV shows from Good Morning America to Fox & Friends, and in the pages of newspapers from The New York Times to USA Today. Along with Steven Slater (“What a nice guy,” she says of meeting the former JetBlue employee. “It felt like I’d known him all my life.”), Poole has become a de facto ambassador for her profession.

Cruising Attitude expands on content from her blog and covers topics that range from crash pads and crew wages to air rage and the perils of pouring Diet Coke at 35,000 feet. What comes across through all of these anecdotes is Poole’s sincere passion for her job, despite the ups and downs. “I wanted people to understand what [flight attendants] do and where we’re coming from,” she says, “because honestly we’re all in this together.”